In 2020, London-based artist Megan Rooney was commissioned to produce the large-scale and astonishing mural Big Sky Blooming through the walls, corridors and ceiling of our enormous Ring Gallery.

You may see a tree flying, pulled from the ground into a wind-whipped sky. You may see bodies, writhing and strange, slinking and lurking amidst a riot of colours. You may see a firmament, unholy with rebellious shades of burnt coral, burnished orange, blush, rose, fuchsia, lilac, azure, turquoise, royal blue, dark green, muddy green, hunter green, chartreuse, sage—a tender, licking, arcing, smearing atmosphere that spreads just as wide as a person’s arms might reach, just as far as the ceiling and the walls, though it wants to go further. You may see clouds or scratches like hieroglyphs or slowly lowering suns or colours that menace, colours that seduce, a stab of black like a pupil, like a happy accident, like blink and it has blinked too, is suddenly different, never the same. 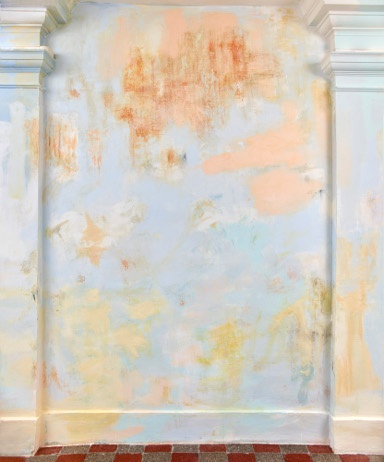 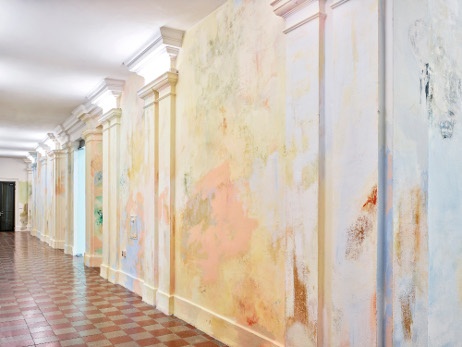 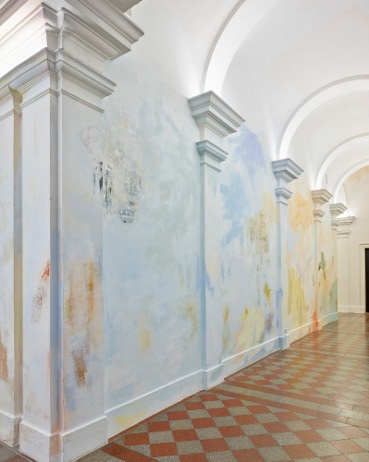 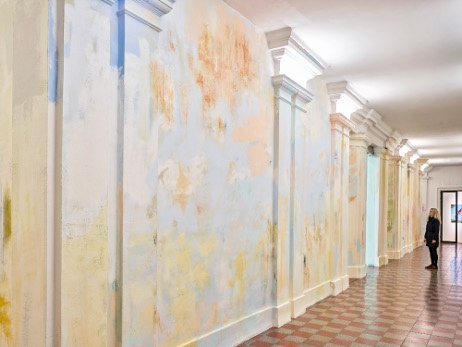 Rooney’s work wants you to look and look again, to pay attention, to apprehend the echoes of forms within forms—to see the potential that lies deep within all objects and images, their secret lives and unrealized desires, the knowledge that they could at any moment transform, be transformed, just like you. This is not a question of pareidolia or artistic sleight of hand, but of how many different worlds an image can hold, and how many fathoms deep an eye can see. Rooney builds up her work in careful, intuitive layers of colour in which shapes and smears and angles, lines and drips and swathes generate their own processual logic, lay and overlay, before she strips them back and sands them down, only to build them up again: each painting is a capsule of time and space, a palimpsest of effort and care, a portal into an intimate conversation between artist and surface in which the journey of the work remains pulsing just beneath its surface. 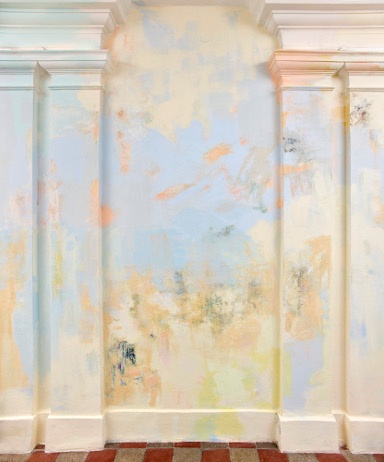 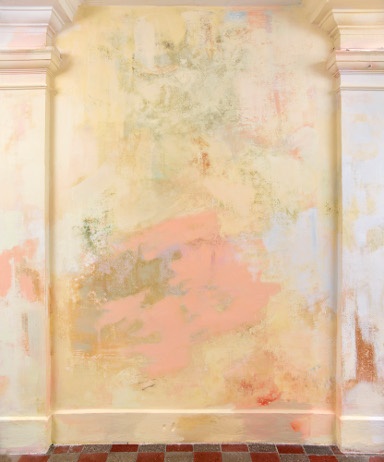 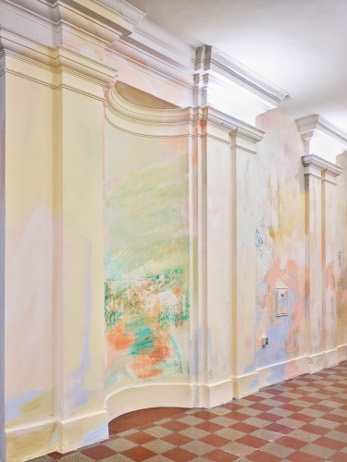 Rooney’s immersive mural, Big Sky Blooming, made in response to the spaces of the building, against which it pushes and rebels—consuming those who enter it—foregrounds radical impermanence as the order of the day. We cannot stay, just as nothing lasts, as they say, forever. A risk to assert this in art, which so often relies on posterity and material value. But it is true that an image can be indelibly burned into the mind’s eye, where one might keep and revisit it, seeing something new—heartening, fragile, provocative, frightening—each time.

Megan Rooney is an enigmatic storyteller whose work spans painting, performance, sculpture and installation. In her artistic practice she combines her two styles of monumental abstract and intimate representational painting with sculpture, dance and performance.